A Tale of Two Singletons: Part Two – Let Down Your Long Hair 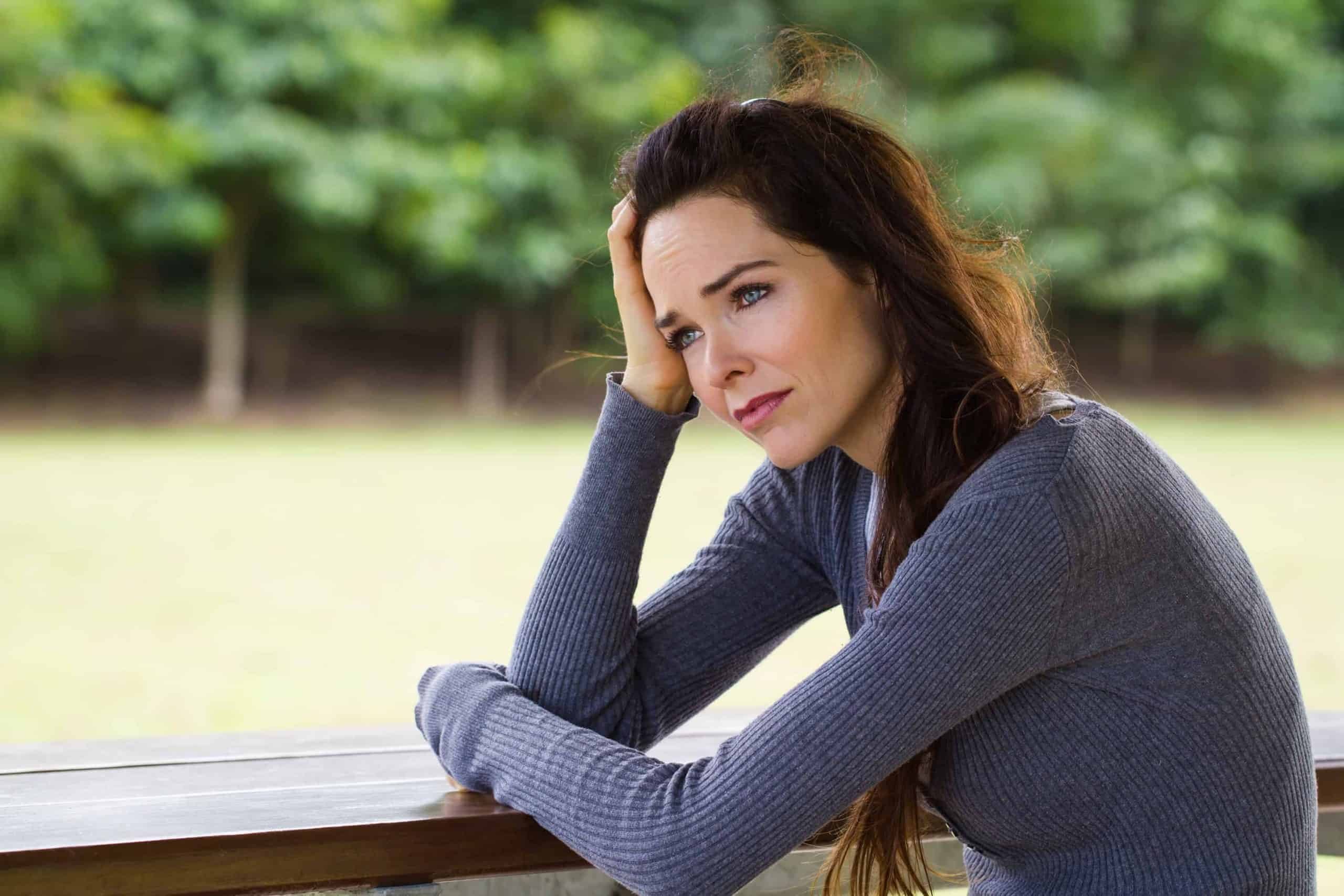 This is the second part of a two-part series. To read the first part, click here.

The other eternally single friend

In my last post, I talked about one kind of eternally single friend that we all seem to have: the type who we know is awesome, isn’t shy about meeting people and always seems to have the next hot date lined up – but somehow, never ends up in a “proper” relationship.
In this second part, I want to talk about the “other” type of eternally single friend. The friend who is just as lovely and amazing, but never seems to meet anyone at all.
I know someone just like this. Let’s call her Jennifer.

Jennifer is a great friend and a great all-round catch. She’s clever, she’s fun, she’s cultured, she’s pretty. Professionally, she’s doing very well, with an interesting job in a highly competitive field. Despite a humble start in life, she’s carved out a great future and she has every reason to feel proud of herself. Prospective partners have every reason to be impressed.

So why is it that I can count on one hand the number of dates Jennifer has been on in the past three years?
Why is it that she hasn’t even had a whiff of a serious relationship since the last one ended years ago?

The thing with Jennifer is, we all know she’s awesome.
But does she believe she’s awesome? Does she hell.
Ask Jennifer what she’s up to and she will play it down. Play it down to the point that you’d think her career was about to go off a cliff, when in reality she’s doing better than just about anyone in our friendship group. In a field she’s always dreamed of working in and that’s she’s genuinely passionate about.
Five minutes into catch-up drinks with Jennifer and she will tell you how much weight she’s put on (she hasn’t). Or how bad her skin is at the moment (it’s not). Or how boring she’s been lately (her life is one big social whirlwind). How she’s doing so badly at whatever project she set herself, or how bleak things are looking, or how she’s worried about being irresponsible and overspending (again, she’s a deeply practical and organised person who gets more done than just about anyone I know).
Jennifer’s friends can obviously see past this. We sigh and roll our eyes and tell her to stop being ridiculous. But we still love her.
Because we know that Jennifer is what I like to call a Rapunzel.
She builds a huge tower of negativity around her to protect herself against disappointment.
We know that to get to the “real” Jennifer – the fun, brilliant, witty Jennifer – we have to do the emotional equivalent of getting her to let down her long hair, so that we can climb up.
Jennifer’s exes reflect this. They were all long-term friends before they were boyfriends. People who took the time to really get to know her. Who made that long, arduous climb, even when she made it tough for them.

But that’s not how most dating works.

When you meet someone new, or head out a first date, you don’t have the luxury of five years’ friendship behind you. This person has no idea what is on the other side of the wall. All they are seeing is the wall.
And why would you go to all that trouble when you have no idea if it’s worth what’s beyond?
Sure, if you’re a Rapunzel, you can blame your date. You can dismiss the opposite sex as shallow and not recognising your worth. For failing to get to know the “real you”. But why make it so hard for them to see the “real you” in the first place?
After all, would you go to all that trouble to win around a stranger who might turn out to be totally wrong for you anyway? Would you jump through all these hoops for someone you don’t even know yet?
Because the thing is, too, that all this negativity is kinda selfish.

When we meet or go out with someone new, we tend to be nervous. We want to be put at ease, to relax, to feel comfortable chatting and opening up.
But as emphatic animals, we quickly “catch” the emotional state of the person we’re with. So, when the other person does the opposite – when they project a mood that makes it feel inappropriate to be cheerful, happy and positive – it puts us on edge.
That’s not to say that you have to spend an entire relationship pretending to be happy. You don’t necessarily even have to spend an entire date pretending to be happy.

As you get deeper into conversation and start to trust one another, it might feel perfectly fine to start touching on subjects that are a bit darker, rawer, more serious. Vulnerability is a big part of intimacy, and as a relationship blossoms, you will inevitably reveal things to one another that frighten you, are painful to you, or that paint you in a less-than-confident light. Revealed at the right time, these things will bring you closer together.

.. But that’s very different from making this your opening gambit. Launching into a stream of
negativity in the first few minutes is exhausting, even alarming, for the other person. It makes it impossible to take any pleasure out of the situation. It will probably make them want to escape pretty sharpish.
And, worst of all, it makes you even more convinced that all this misery is justified, because It makes you even surer that you’re unlovable.

Excessive self-deprecation is largely about diminishing yourself before anyone has a chance to do it for you, so when someone seems to agree with your poor-self image, that only encourages you to keep jumping the gun.
And that makes you even more likely to keep building up your negativity wall.
But it’s the negativity wall that’s the problem – not you.
Take a recent date of Jennifer’s. She met up with a guy with similar interests. Who she’d been chatting to through a dating site for a while, and seemed really keen. He was witty and interesting and good-looking, and he clearly thought she was, too.
They met for a drink. The conversation was flowing and Jennifer thought it was going fine. She didn’t even realise how unrelentingly negative she was being until the guy looked at her in bewilderment and said “Jesus. Who hurt you?”
Needless to say, the relationship did not progress.

What should I do?

If you don’t stop yourself from building up your negativity tower, pretty sure you’ll find yourself stuck Inside. You won’t remember how to actually get out of it. You might forget that you’re even in it.
Like Jennifer, you’ll stop noticing that you’re being miserable about everything. You might have stopped noticing the effect this has on other people.
And then, from a relationship perspective, you’re really in trouble. So where do you start if you’re a Rapunzel? How do you learn to let down your long hair? The easiest way to begin is to stop making everything about YOU.

If your bad feelings are dominating the conversation, stop talking about yourself so much. Ask the other person lots of questions. Get them talking about what they’re excited about and interested in. Do your best to be excited about and interested in it, too. Bounce off their enthusiasm. Notice how it feels to be talking to someone who is passionate and positive about something. Notice how it puts you at ease.
And then, when the conversation comes back around to you, work on mirroring this mood. (As a side note – there’s loads of evidence that mirroring another person’s behaviour and body language actually builds rapport and helps people warm to you, too!).

Don’t fake passion for things you hate, but rather focus on the things you really like and why they make you tick, rather than ways in which they might be lacking. Allow yourself the pleasure of being upbeat as you talk about things that make you happy. Pay attention to how pushing yourself to focus on the positives actually changes the way you feel.

You don’t have to talk yourself up, but that doesn’t mean you have to put yourself down.
Plus, if you can’t refer to your achievements without feeling sick to your stomach (and if you’re British, you’re probably familiar with this phenomenon), talk about what you enjoy about your work instead. Talk about what you loved about that last book you read or that last film you saw. Talk about something really fascinating or exciting thing that you heard or read about today.
So Rapunzel, go ahead and let your hair down. You will enjoy yourself much, much more – and, of course, so will your date.

Know a Rapunzel who needs a dose of real talk? Send this blog post to them!

I’d be very grateful if you’d help it spread by emailing it to a friend, or sharing it on Twitter or Facebook.