A Tale of Two Singletons: Part One – You Don’t Know What’s Good for You 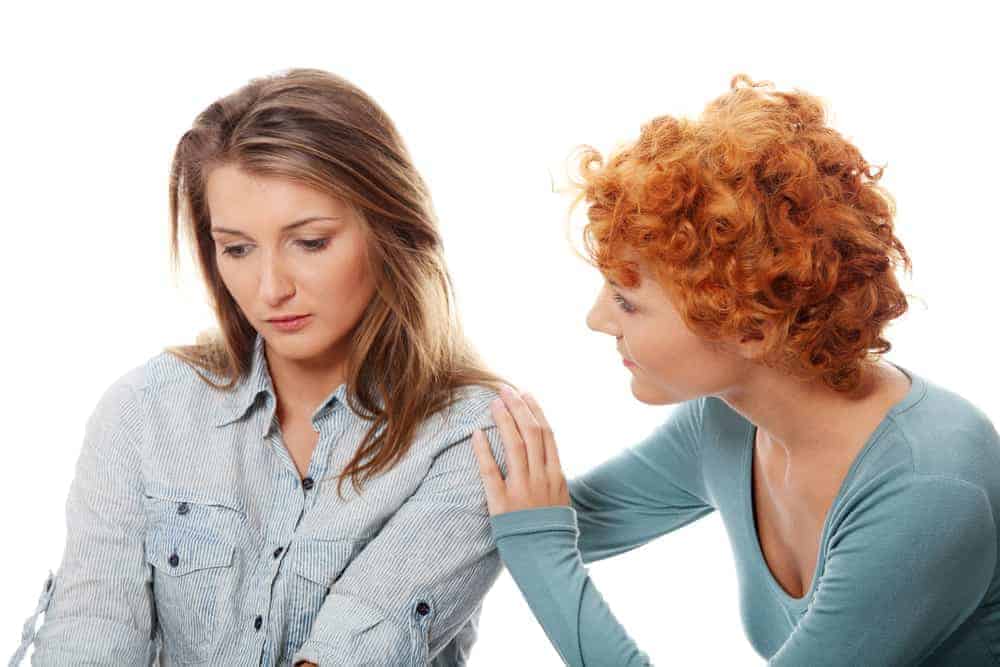 We all have that amazing friend who’s perpetually single, and we just can’t work out why.

You know the type: she’s smart, brilliant, beautiful and tons of fun. She dips her toes in the dating pool – perhaps she’s even the type who always seems to have the next date lined up. And yet, nothing seems to stick.

This wouldn’t be a problem if this was 100% her choice and she was actually very happy with the situation. But the trouble is, you’re painfully aware that she would really like to be in a serious relationship. Worse, the longer this goes on, the more she worries that there’s something fundamentally wrong with her. Something lacking. Or unlovable.

Perhaps you have a best friend like this. Or a sister. Or perhaps that perennial singleton is you.

So why on earth is this happening?

What’s the great mystery? I’m going to get to that. But first, I’d like to tell you a story.

Anna is a very good friend of mine. On paper, she’s top girlfriend material: she’s gorgeous, she’s funny, she’s warm and generous, she has a degree from a top university and a fantastic job that she excels at and which pays her very well indeed.

Everyone loves spending time with Anna. Ask her what she’s up to next week and you’ll get a packed itinerary of post-work drinks, theatre and cinema trips, weekend minibreaks, and, of course, dates. Anna’s a Tinder fiend. And she has no shortage of admirers.

But here’s the thing: Anna hasn’t been in a serious relationship since university. And even then, it wasn’t a relationship that she, or anyone she knew, could really picture ending in forever-after. Despite everything she has to offer, despite all the attention she gets, despite the fact that I know for a fact she wants to do the whole marriage-and-kids thing in the foreseeable future, she never seems to meet anyone right for her.

Because here’s the other thing. I’ve been out with Anna when guys start hitting on her. I’ve watched her scroll through potential matches on dating apps and sites. And often, it’s like watching a car crash in slow motion.

The things that Anna truly values – the things that she’d logically need to look for to have the kind of relationship she wants – are precisely the things she’s most dismissive about when she comes across them in real life.

And (Shock! Horror!) the traits that caused her the most pain in the men she’s dated before are precisely the things she finds most attractive.

Anna used to joke about this. She knew that the men she was attracted to were totally unsuitable. That they were arrogant. That they didn’t challenge her intellectually. That they exuded unreliability and would let her down.

So when she decided it was time to start looking for something more serious, she made a concerted effort to pick differently.

She recognised that feckless party boys with minimal ambition are probably not a great prospect for the future. But instead of identifying the core personality traits that make these men so wrong for her, she superficially changed track. Now, for example, she’ll actively seek out someone with a decent job and academic record – who, on paper, looks like the polar opposite of her usual type.

Why? Because these men are not any different.

Inevitably, these guys are simply the same arrogant, insensitive personalities, transplanted into a more respectable context. They might have made it out of their parents’ basement, but they’re essentially showy, self-involved types with over-inflated egos – they just have a bit more cash in the bank.

And, of course, they treat her just the same. And these days, this scares her.

Because when Anna used to date guys she never expected to want to stay with forever, it was easier to shrug off the situation when things when wrong. Sure, she got hurt a few times, but deep down she was never really surprised.

But now that Anna is actively looking for something long-term, she’s horrified that this is still happening. She doesn’t know how to find someone who doesn’t behave like this.

Her responses to these traits have become so ingrained that she’s instinctively attracted to the kind of men who end up hurting her – even when she thinks she’s doing the opposite.

What Anna needs to do now is stage an intervention with her own instincts.

Many of us assume that sexual attraction is some great mystery that you have no control over. You can’t help who you fall in love with, etc. etc. That’s just not true.

Researchers at Jaunty explain attraction as a pyramid, in which different elements are weighted differently. At the base you have health and status. The next layer is emotional. At the tip is logic.

Here’s how it works.

When you meet someone in person (or on Tinder), the first things you are aware of are the health and status factors. Health is everything from decent personal hygiene through to good skin or a buff body – the obvious things that we usually associate with whether we find someone hot or hot.

Status is far more complex and affected by personal and cultural values. There are external indicators, of course, like wealth, power, a great job, etc., but it also covers things like confidence, the ability to make others laugh or to command an audience, skill sets and belief systems.

And, of course, it relates to the context you’re in right now. That means that status-based attraction could include from fancying your super-smart university lecturer to being impressed by someone’s ability to fix a shelf, nail a pub quiz question or even competitively down a pint.

Both of these things are kind of frivolous or fickle. Someone who commands status in one context might easily pass under the radar in another. And obviously, someone who has a great body now might not look so hot in 15 years’ time. As indicators of a successful, long-term relationship, health and status are shaky at best. Yet research shows again and again that they are fundamental to attraction.

Okay, let’s move on to the next layer, emotional connection.

There are four types of emotional connection: feeling that you trust someone, having the emotional intelligence to put someone at ease and make them feel comfortable, recognising a person’s uniqueness and spark, and a sense of uncertainty or mystery that intrigues you about this person.

Finally, at the top of the pyramid, you have logic. It is there that most of the really important questions lie. Is this person really “right” for you? Do they have the personal traits you need to feel happy and supported? Are they nuts in ways that you can cope with?

Whatever flaws this person has now are highly unlikely to change. Is this something you can live with forever? Do you want the same things? Do you share or respect each others’ beliefs and values?

This is all very interesting, you might be thinking, but how does it affect who we fall for?

Most of the time, when we meet someone in a social setting (or swipe right on a dating app), we allow ourselves to start at the base of the pyramid and work up.

The trouble is, by the time you get to the logic stage, you’re already kind of invested in this person. You fancy them for the most flimsy reasons of all – health and status – and then you’re looking for ways to make the rest fall into place.

What you need to do is to flip this on its head.

Okay, it’s not always the easiest task to figure out in a first conversation or limited dating profile whether someone is perfect for you. But if you’re looking out for the right signals, you can get a pretty good picture, pretty fast.

For example, do you have similar interests? Are your jobs or life goals compatible? Do you have a broadly similar outlook on life? Find ways to sound out some of the bigger questions faster and you’ll save yourself serious heartache later.

And more generally, is this person conscientious? Do they keep to the plans and obligations they make? Can they exercise self-control? Because if they don’t do these things, they will probably cheat on you, use you, or do things to hurt you, no matter how much they love you.

Let’s jump back to Anna for a moment. Anna used to be attracted to men who were good-looking, super-confident, a bit wild and always the life and soul of the party. In other words, it was all about health and status.

When she decided to take her dating choices more seriously, she relied on external indicators like job titles, a university background, signs they were making money – things that sound like they belong at the top of the pyramid, but are actually just external status markers.

We want to make sure we don’t repeat our mistakes, so we go for someone who superficially seems very different.

Last boyfriend was a bit of a waster who always needed to borrow money? This time I’m going out with a lawyer who can presumably afford to pay his way. Previous girlfriend an incredibly self-absorbed model? Next time I’ll pick someone less obviously glossy and presume that means they’re more down-to-earth.

What we’re doing here is using status markers as stand-ins for real issues.

You can’t just ask what job someone does and then try to figure out if this makes them more manipulative, more generous, more sensible, more whatever.

You have to delve a little deeper. You have to ask plenty of questions. You have to pay attention to how this person actually thinks and treats you (and other people) as a predictor of future behaviour.

In other words, you have to retrain your instincts to pick up on the things that can genuinely hurt you or make you happy. The things that will get you out of your rut and into a relationship you want.

This is the first in a two-part series on getting out of the singledom trap. Click here for Part 2!