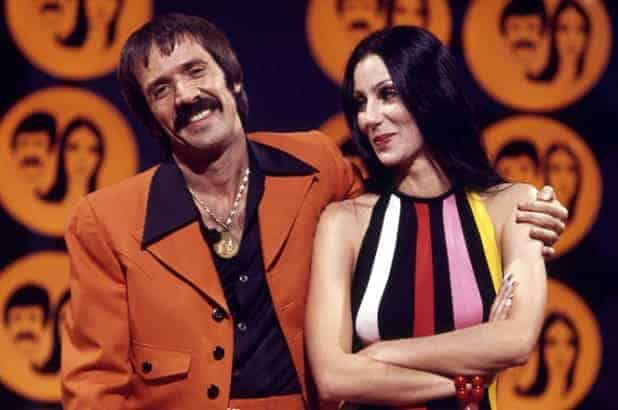 “If anyone can show just cause why this couple cannot lawfully be joined together in matrimony, let them speak now, or forever hold their peace.”

Ever heard that at a friend’s wedding and secretly listed all the reasons in your head why this union is so obviously a bad idea? When half of marriages end in divorce, it’s clear that an awful lot of us are messing up somewhere along the line.

Here are 6 of the biggest reasons why.

1) You Don’t Know Yourself Well Enough

Each of us is bonkers in our own unique way. You inevitably have habits and neuroses and personality traits that drive other people – even the people who love you most – round the bend. Perhaps there are things you’re deeply sensitive about, that make you fly off the handle irrationally. Ways of handling stress or challenges to your beliefs that don’t paint you in the best light.
The point is, like everyone else on the planet, you have ways of being difficult, or frustrating, or unreasonable, or annoying, or for want of a better word, a bit nuts. If you don’t know what they are, and you don’t consciously seek out someone who a) seems well equipped to handle your particular variety of quirks and flaws and b) who is nuts in ways that you can cope with, you’re in trouble.

2) You Invent Too Much of Your Partner

It takes a long, long time to work out how another person really thinks. In the early stages, that mystery is part of the thrill. All you have to go on is how that person looks and moves, their body language, their voice, and those scattered tidbits of their views and personality that they consciously curate, or accidentally let slip, when you’re together. Pushing someone – especially a man – too hard, too soon to open up is frowned upon or dismissed as needy or overbearing.
But what you don’t know, your imagination will invent, and if you find yourself walking up the aisle with someone whose beliefs, motivations, boundaries and internal life you’ve never really teased out, but have rather filled in from your own assumptions or romantic ideals, the reality of who they are may well prove to be a shock.

3) You Give Your Gut Feeling Too Much Credit

Sometimes it’s good to listen to your intuition. When you have a creeping feeling that someone is lying, for example. When you get the feeling they might hurt or endanger you. When something just doesn’t feel right. So much language between humans is unspoken, and these interactions are as meaningful as what we choose to put into words.
But our instincts aren’t sacred. They’re imperfect. They’re shaped by habit, by unconscious bias, by the false comfort of repeating behavioural patterns, even when this is bad for us. Instincts are, also, driven by things like lust and desire, or a craving for companionship, or learned behaviours from our parents and peers.
Your gut feeling tells you what feels most appealing right now, but it doesn’t tell you why. It doesn’t tell you whether this course of action is truly conductive to your emotional health, your security or your happiness in the long run.

4) You’re Petrified of Being Single

Loneliness is a terrible matchmaker. Fear of solitude nudges us towards all kinds of unfortunate decisions. It encourages us to mentally gloss over all the good reasons that someone isn’t right for us. It leads us into situations where we’re more miserable stuck with someone else than we would be if we’d just stayed on our own.
Plus, it puts unbearable pressure on the early stages of a potential relationship.
Rather than sounding out a friendship, rather than really listening to what that other person has to say, to learning how they think, and forming a healthy connection, you’re fretting over whether this will be the person who finally saves you from your shitty singledom. You’re making the situation all about you even as you lose touch with what you actually need.
It’s not a healthy place to be in at all. There isn’t an easy fix to this. It’s understandable to want a family, to want companionship, to want intimacy and sex. To want to grow old with someone.
But if you conflate your attraction to one person in particular with these needs as a whole – if you avoid asking whether the person you’re marrying is the right person to share these things with – it’s easy to see how you can end up making the wrong choice.
The important thing is to be honest with yourself about who you are, who your partner is, and how you fit together, rather than trying to shoehorn another person into your ready-made dream for the future.

5) You’re Not Sure How to be Happy

Here’s the great irony. So many of us expect to be blissfully happy in our marriage at all times, but we have no idea how that actually works. In fact, most of the time, we seek out relationships that mimic the type of bonds we experienced as children, because our minds equate familiarity with safety.

Rather than selecting potential spouses based on their potential to bring us genuine happiness, we find ourselves recreating relationships we recognise, even when these involve dynamics of control, humiliation, cruelty or emotional neglect that have made us miserable in the past.

After all, when in your life has a relationship (of any kind, with anyone), made you feel 100% happy – safe, secure, and content, with no fear, pain, frustration or resentment creeping in? If you’re answer is “never”, how will your brain recognise the signals it should follow to build a relationship like that?
It can’t do what it’s never been shown how to do before. You’re going to have to intervene, consciously stopping yourself from going down the same painful paths – choosing a partner wisely, even when your instincts protest.

6) No One Teaches Us This Stuff

Where did you get your relationship advice growing up? Unless, or even if, your parents were a perfect model of domestic diplomacy, no doubt you’ll have drawn your ideas from elsewhere. Maybe even from magazine advice columns? From novels, music or art? From (whisper it) Disney movies?
The thing is, these fantasy versions of idealised relationships were dreamed up by people who, in most cases, were no closer to figuring out the secrets to a happy marriage than you were, at 13, poring over their tropes about “finding the one” or “not settling for less than you deserve” or how “true love conquers all”.

There’s a reason fairy tales and romantic comedies end at the couple’s wedding: marriage isn’t the end of the story, a joyful vignette that’s perfectly preserved for the rest of your life. It’s the beginning of a long, hard slog of tough decisions, sacrifices, negotiations, disappointments, real and perceived betrayals.

There will be dull moments. There will be miscommunications. There will be fights. Being happy together and staying in love takes concerted effort, empathy and patience on both sides.
If you’re unwilling to accept a relationship that needs work, that occasionally leaves you feeling let down or frustrated, or in which either of you lacks absolute, eternal, unwavering certainty in your love for one another, don’t get married: get a dog.