Sick All The Time? Maybe It’s Because You’re So Angry. 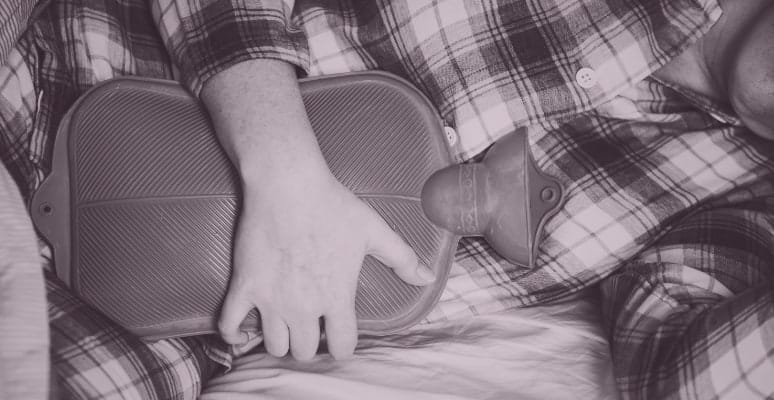 Has anyone ever warned you to stop getting so angry and bitter or you’ll make yourself sick?

Far from an old wives’ tale, the negative impact that anger has on your health is thoroughly backed up by science.

When you get angry, your body starts to release two chemicals designed to help you fight a physical opponent: adrenaline and cortisol.

Cortisol is your stress hormone, and in the wrong quantities, it’s nasty stuff.

Getting tension headaches you can’t shake? That’s one of the side effects of excess cortisol.

Tired all the time, getting severe energy slumps, or your weight’s all over the place? Could well the knock-on effects of your blood sugar levels going haywire – another sigh that there’s too much cortisol in your system.

Feeling constantly run down? Too much cortisol released by your adrenal glands can cause your immune system to think it’s under attack, triggering an anti-inflammatory response. This is very hard to ‘switch off’, but it’s really bad news for your physical and mental health, causing you to catch every bug, cold and virus that comes along – and making you feel low all the time.

And then there’s adrenaline

When you’re going into battle or just going for a run, adrenaline is crucial. It tells your brain to redirect blood flow from your internal organs to your muscles, where you need oxygen and energy most urgently, in order to fight or flee.

From a health point of view, this is totally fine when you really are about to rely on your muscles to get you out of a sticky situation – or if you only have to cope with an explosion of adrenaline now and again. But think about this for a moment: if you are constantly angry, your body is continually misdirecting energy and oxygen to your muscles (which you’re not actually about to use) and away from vital organs that you absolutely need to function well, all the time.

For example, do you find that you get a dodgy stomach when you’re angry and stressed? That’s because the adrenaline release is preventing oxygen-carrying blood flow from getting to your gut. As well as causing your digestive system to function badly in the short term, in the longer term this may also kill off ‘good’ bacteria needed to fight infection, contribute to peptic ulcers, and lead to lasting damage.

And that’s just your gut. Imagine what’s happening to the rest of your vital organs as a result of this destructive rage!

At the same time, due to your heart beating faster and the adrenaline pumping through your system, you start to release more platelets, which cause blood clots and can block your arteries. That means a heightened risk of heart disease.

In fact, being angry all the time has been lined to a weakened immune system, cardiovascular disorders and even permanent DNA damage.

That’s right: aggression damages the very building blocks of your existence. In turn, stress-damaged DNA leads you to age prematurely, promotes tumour growth, and can even trigger miscarriage. This is serious stuff.

Is Anger killing you

So much so, in fact, that you’re likely to die sooner.

Yes, you read that right. A 2015 study on the effects of chronic anger in men found that men aged 20-40 who reported feeling angriest were much more likely to be dead 35 years on. (N.B. That’s even after the researches adjusted their results to take into account factors like smoking and income levels, which are known to be significant indicators of how long you’re likely to live).

So yes, having a short fuse could kill you – or at the very least, shorten your life.

But even on a pure vanity level, the effects of anger are disastrous: they’re written all over your face. Thats because heightened stress reduces the amount of available glucocorticoids in your body, which are used to synthesise collagen – i.e. the stuff that makes your skin look plump and healthy.

This, combined with a damaged immune system that increases inflammatory reactions to pathogens under your skin, conspires to make you look haggard and wrinkly

So again – when people say someone ‘looks’ they’ve had a hard life, they’re probably right. All that stress, conflict and hostility might well be taking its toll on their skin.

And then, of course, there’s the issue of what anger is doing to the quality of your life, even if you last to a ripe old age.

We’ve talked about what anger does in the short term: the racing heart, the soaring temperature, the sweating. The way you become hyperaware of stimuli around you. Again, these are all things you need to happen if you’re escaping a predator or you need to be on top form during a football match… but in normal situations, it makes you feel stressed and threatened, without any good way of handling the perceived danger.

When that becomes a chronic thing – when you enter into a constant state of aggressive alertness – this can give rise to anxiety and depression. Your production of serotonin (the “happy hormone”) is suppressed, making it harder and harder to rebalance yourself. In short, giving way to your anger might be screwing with your overall mental health, creating a destructive cycle that will just make you miserable.

So… what are you supposed to do about it?

The answer is not to bottle up your rage. That just makes things worse. The idea is not to disguise your anger, but rather to hear it, confront it, and reason with it.

Here’s the thing: anger is addictive. It gives you a rush. When that adrenaline starts pumping, it lights up the reward segments of your brain and, on some level, makes you feel great.

Think of it like smoking a cigarette. You know it’s killing you. You know you’ll feel even shittier later. But in that moment the nicotine is lighting up a little piece of your brain and later you’ll crave another one, no matter how much you know it’s not good for you.

But that doesn’t mean it’s a good solution to your problem.

Understanding that anger is addictive is super important. Typically, when we get angry, we don’t think we’re in the wrong. We’re consumed with righteous fury. We’re the victim here. In our minds, that legitimises everything. That makes the little addictive thrill justified.

But while your feelings are valid, your reaction might not be. You choose to lose your temper. You choose to opt for the buzz of a fight over a rational discussion, a genuine attempt to fix things, walking away, or any other, more productive way of handling the problem.

One way to handle this is to give yourself an ‘emotional debrief’.

Rather than clinging onto whatever’s making you angry and tossing and turning all night, talk it through – even if that’s with a notebook or diary. Often, putting whatever way that person has wronged you into words takes the sting out of it for you and lets you start applying the logical, rather than the emotional, part of your brain to resolving it.

In the immediate instance, try exercises to calm yourself and control your breathing. Count down slowly from 10, silently, and focus on letting the aggression seep away before you respond to a point / voice your concern.

In another article, I’ll be talking through some more specific ways to handle arguments within your marriage or relationship, and find ways to express yourself when you feel hurt or wronged without descending into destructive anger.

First though, it’s important to appreciate that this isn’t just some hippy-dippy ‘let’s all love each other’ point of view: being angry is damaging your health, and probably that of the people you love the most. Is that really worth scoring the extra point?