Dating Post Divorce: Should we fake it till we make it? 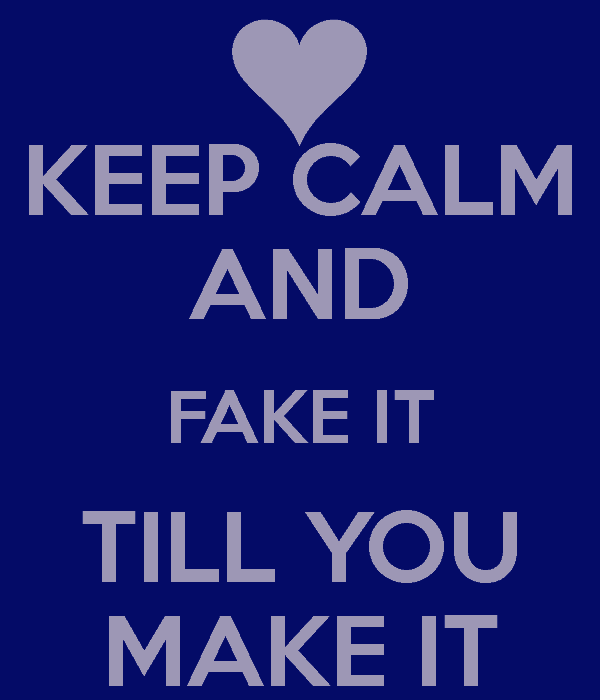 According to Mail Online there was an article written on why acting like you are in love can lead to the real thing.

If you want to feel in love, perhaps you should fake it until you make it.

The article suggested that if you behave in the way you want to be perceived by others, you can develop emotions birthed from those actions. Normally it is the other way around, in that from experiences and emotions, our behavior that follows afterwards is subject to how we have felt, hence the reason we acted in that way.
But taking this on the complete flip side, this study suggests our behaviour of acting with certain emotions can develop those emotions to then become real.

From paper to practice

There was an interesting experiment done to test the theory of behaviour affecting emotions, results of which are published in Prof. Wiseman’s new book, Rip It Up.
Prof Wiseman of the University of Hertfordshire held a speed-dating night where some of the prospective partners were asked to act as though they were already in love with each other. The 100 volunteers taking part in the study in Edinburgh were encouraged to hold hands, gaze into each other’s eyes, and whisper secrets to each other, according to the Daily Telegraph.
When questioned at the end on their feelings, 45 per cent of those who had ‘acted in love’ wanted see each other again. This was more than double the average rate of 20 per cent.
Interesting stuff, isn’t it? Leading psychologist Richard Wiseman says that behaving as if you find someone attractive increases your susceptibility to their charms, and increases the likelihood of you falling in love with them.

Although he does not advocate arranged marriages, he believes a lot can be learned from them. Arranged matches are carefully considered, with thought going into whether potential partners’ families, interests, values and life goals are compatible.

If we are honest with ourselves, the sad reality is that in today’s society that same careful thought and consideration is not going into a lot of relationships and marriages as it ought to be.

People marry for love, which by all means is the most shared reason and a fantastic reason at that. However, there needs to be more than just love. There needs to be commitment, not just to the person, but to the relationship, as well as a connection and mutual understanding of expectations of that relationship and mutual passion to fight for one another when the going gets tough.

Love alone is not enough

Those who marry for love alone in some cases can be blinded by passion and so overlook the crucial details that should never be overlooked.

With arranged marriages, the commitment is normally very strong. They marry knowing they won’t leave, due to family situations or the requirements agreed upon before getting married; consequently, when times are harder, they don’t run away and often bad situations bring the couple closer.

Please note I am in no way encouraging an arranged marriage. Yet the action that is taken in an arranged marriage because of the different mindset is seemingly apparent to the results that it can bring people closer by not having the option to quit and so they act accordingly.

Taking action is the quickest, easiest and most powerful way to instantly change how you think and feel. In this same way, when tough times arise in any relationship, rather than hold yourself stagnant in those emotions, the study of taking action is demonstrating an astounding result.

If you take positive action, you can bring about positive thoughts and feelings. If you act with a positive action despite how you may feel, it can not only develop positive emotions but also a new outlook to your situation or your relationship.
With soaring divorce rates and record numbers of single-parent households increasing, researchers suggest it is time to rethink our approach to love. The idea of leaving our loved lives to chance with an attitude of “let’s see how it goes” may be okay at the beginning but when considering a future a change in thought is screaming “necessary”. 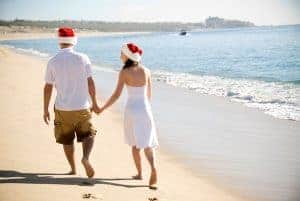 Fail to plan and you plan to fail

We plan our careers, our children’s education and our finances but we’re still uncomfortable with the idea that we should plan our love lives. Yet with everything else in which we want success, don’t we normally make a plan?

Don’t we have a vision on where we want to be?

Don’t we have a passion to fight for what we want? We have commitment to excellence until we reach it, don’t we? My question is, how much of this is applied to a successful relationship? Why wouldn’t we take the same consideration and care?

Relationships are core to life. Of course, there are plenty of other things that can make us happy, yet without relationships, we would have no one to share our happiness with. If we take more action in our relationships, regardless of current emotions, I think we will be astounded with the results in the long run.
Act positively. It might just develop those positive emotions you’ve been craving.