Rise of the DIY divorce 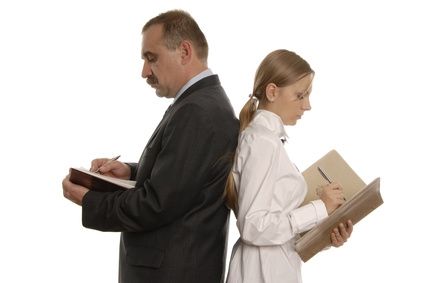 Couples who are somewhat impoverished are causing court chaos by representing themselves in the midst of cutbacks.

According to the Daily Mail, the recession and upcoming cuts to legal aid are putting immense pressure on family courts as these couples increasingly represent themselves; therefore, I will write a little post of pure commentary on this issue as there are surely repercussions to the recession.
Whilst reading this and speaking of immense pressure on the courts, it raised a flag of discomfort and pressure on the couples who are the ones forced to represent themselves without help.

What are the options?

There is a new arbitration scheme where there is a process that allows couples a more informal legal setting allowing them to settle out of court by employing expensive specially trained lawyers.
Sure, it is a system that will prevent a level of hazard, but it is one that is very much in favor of the wealthy. As it is not a common occurrence where money is an easy factor for all couples, especially in the area of divorce, the pressure on the courts seems one that has been self influenced in my opinion.
Certain views of representing one’s self suggest that it’s less time-consuming if you represent yourself. The lawyer is the middle-man who gets paid in abundance to forward the legal documents between the customer and the court, charges you all your calls per minute, sends you a vast amount of unnecessary correspondence in order to rip you off etc.
Some say it is less stressful, more straightforward and faster. However, several judges told The Law Society Gazette that cases where litigants represented themselves it took twice as long because they often needed help navigating the legal process.

One judge said, “We are getting more and more people coming to court in private law cases without the benefit of sensible, structured legal advice, wanting to spill blood on the court carpet.”

More and more people are requesting to push for a no-fault divorce, explaining that with the fault-based divorce system in action currently with blame apportioned ‘it is a confrontational process which benefits no one’ as the certain prospects believe.
But whether you believe DIY divorce is the way to go or not, earlier this month Sir Nicholas Wall, the most senior family judge in England and Wales, warned of ‘a substantial increase’ in the number of people who will be forced to represent themselves in court due to cuts in legal aid. This is not to mention the rise of do it yourself services like www.quickie-divorce.com, www.quickiedivorce.co.uk and www.divorcefast.com.

The question begs to be asked: can people represent themselves confidently and not recklessly? In the midst of an intensive breakup whilst being in a state of shock, how does one try to cope with the legal system with little or no help?

However simple some make it out to be, it does not sound inviting.
At Naked Divorce, we have some great contacts with lawyers and have vouchers for 1 hour consultations to consider all your options. Many lawyers today do fixed fee divorces and meditation is a low-cost effective option too.
Before you run off trying to do it on your own, seek help today!

2 thoughts on “Rise of the DIY divorce”