How to Support Someone Through a Divorce, According to Science 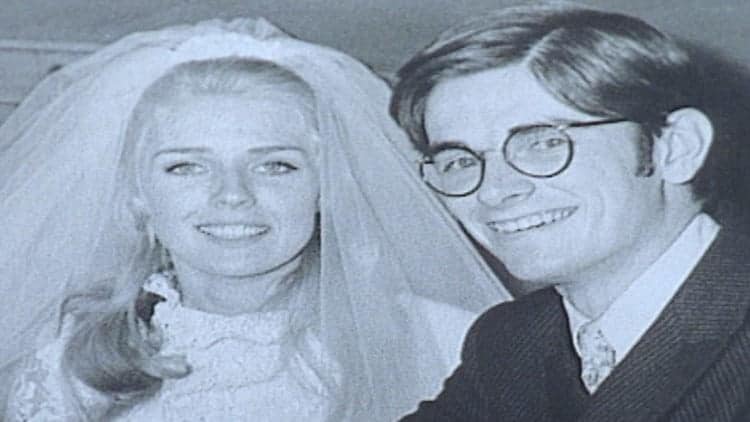 If you’ve been watching Season 2 of Dirty John on Netflix, you’ll know all about Betty Broderick. Betty was the picture-perfect American housewife – an impeccably turned-out queen of the Country Club, married to a successful lawyer and mother to four angelic kids. Until, that is, she was blindsided by her husband’s affair with his 20-something-year-old secretary and their subsequent acrimonious divorce. Initially supportive, Betty’s friends watched helplessly as she spiraled out of control, consumed by grief and rage, unable to stop obsessing over how she’d been wronged. Everyone thought she’d get over it, eventually. She just needed time and distractions and she’d move on. But did she? Plot spoiler: no. Today, the real-life Betty is serving two life sentences for murder. Years after the divorce, she broke into her ex’s house in the middle of the night and shot him and his new wife as they slept.

Thankfully, even the most traumatic divorces rarely lead to such extremes, but we all have that one friend who just couldn’t let go. Whose only topic of conversation for months or years after their breakup was their ex and how that ex had wronged them. That drank too much, couldn’t pull themselves together, let other parts of their life fall apart. That person who, no matter how much time passes, clearly feels the pain as acutely as the day their partner left them.

If you know someone in this state, it can be incredibly hard to watch. You want to scream, “Enough! Get over it! Stop wallowing!” And you’re right: they can’t carry on like this.

But what you may not realize is that this person has experienced a trauma that profoundly impacted the way their brain and body works. The way it responds to stress, perceived threats and memories of what happened to them. Their pain has become a medical issue… and you can’t get rid of a persistent affliction by ignoring it or distracting yourself. You have to treat it.

What’s going on under the hood?

The human nervous system – particularly the amygdala, located in the brain – is a phenomenal threat-alarm system. At the slightest sign of danger, it kicks into action, prompting the body to prepare itself to fight, flee or freeze. It’s constantly learning and adapting in response to negative experiences and new information: that’s how we survive. Burn your hand on the stove? Your brain is much quicker to warn you next time. Cutting down a dark alley on your own? You’ve fed your brain enough nasty news stories to have every sense on high alert. Your breathing quickens and your heart pumps faster, getting oxygen to your muscles in case you need to run. You become hyper-aware of every sound and movement around you. You’re on edge.

In this case, these responses are rational. The trouble is, our brains respond in similar ways to any perceived threat, including those that remind us of painful emotional experiences from our past. The more traumatic the event, the more incentive there is for your nervous system to make sure it never happens again. If it’s being overzealous, that could mean your physical survival instincts are triggered by completely the wrong cues – and produce really unhelpful responses.

For example, your friend may feel totally fine until, someone walks by wearing their ex’s cologne. To their brain, this is a major red flag. Within seconds, they’re shaking, sweating, unable to concentrate, dealing with a flood of panicked thoughts. To you, it’s a massive reaction, but to them, it’s an automatic reaction.

To make matters worse, a brain dealing with trauma is constantly trying to make sense of what happened. That means your friend is probably plagued by intrusive thoughts and memories. Snatches of arguments, cruel insults, things they let slide but now seem suspicious. The brain’s threat system can’t distinguish between threats in the present and threats in the mind, so the same shortness of breath, racing heart and heightened senses kicks in, too. In a constant, agonizing cycle.

Supporting your friend through the healing process

Does that mean there’s nothing your friend can do? Is she doomed to spiral, Betty Broderick-style? Should you cut your losses and give up?

Your friend needs to heal – and needs your support to do it. Understanding what’s happening to them on a physical level helps you to be compassionate, practical and non-judgmental. Rather than saying “calm down, you’re getting worked up over nothing”, you might encourage them to slow their breathing and count down slowly from ten. You might get them to focus on physical sensations like taste and smell to bring them out of painful memories, back into the present.

By encouraging your friend to recognize that their brain is responding to perceived threats, you can start to unpick those threats. You can guide them away from conversations that fixate on anger, blame and the past, instead focusing on opportunities, positive steps forward and practical solutions to specific problems. Get them to seek counselling or, ideally, coaching from someone who understands trauma and the role it plays in divorce.

Just remember that this is a gradual, deliberate process – and your friend must be committed if it’s going to work. They can’t control the way they feel or the split-second reactions going in their brain. But they can control the steps they take next to get this under control and to get better. No one ends up like Betty Broderick if they really want to heal.

Read more about how to support your friend through divorce…