How do I co-parent with a narcissistic ex? 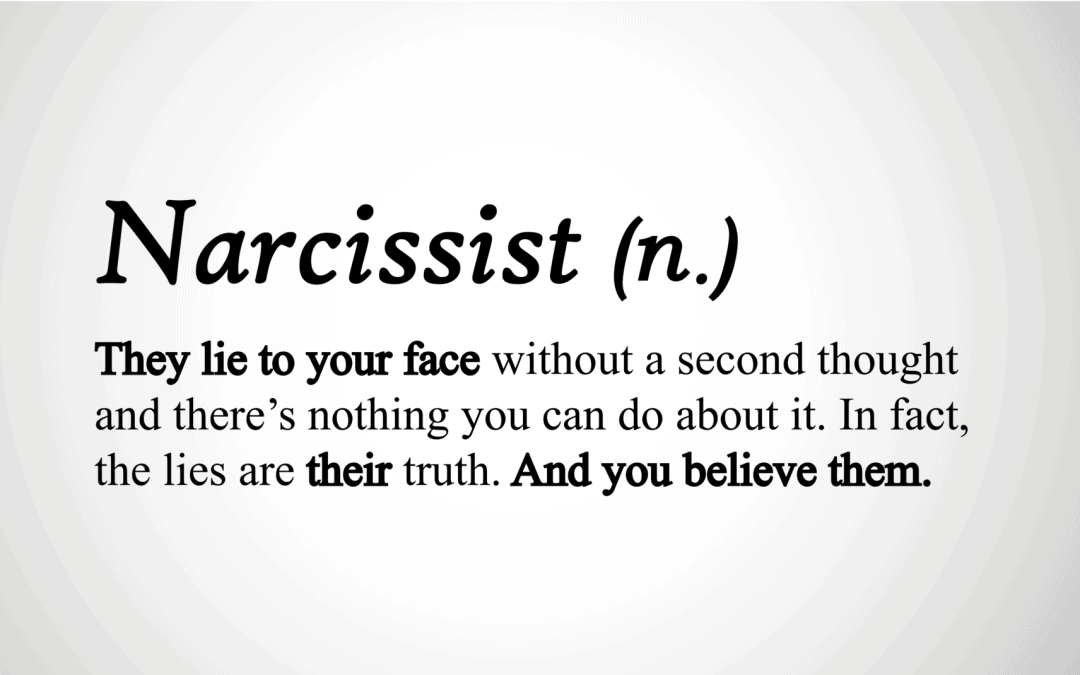 So first things first, there are several things that really, really work…

So it’s important to kind of understand and do a little bit of research around narcissism so that you can kind of be clear on the strengths and weaknesses of that kind of personality.

It’s a big deal to co-parent with a narcissist. Read more about the effects of divorce on children here and create a child-centered divorce here.

So narcissists are very charismatic, they’re very influential, they’re good at convincing people. There are also masters of, they’re chameleons, they’re masters of changing themselves around whoever they’re with.
So people in your environment might not notice that your ex is narcissistic. So it’s something to just be aware of is that in your environment, this person might be quite good at playing all the different, the teachers and other caregivers and people within your children’s lives.
They’re also, narcissists also like to have fans and enemies.

So if you’re an enemy, and you are actively arguing with and becoming a worthy adversary to a narcissistic ex, this is going to be an exhausting battle for you.

So I think one of the critical things to understand is how a narcissist ticks and to make yourself neutral or more of a fan and use that kind of to your advantage in terms of parenting.
So what I mean by that is you need to understand that narcissists like to look good.
So if you can suggest things in a way that makes your ex look good or suggest an idea as if it was that person’s idea, that would really be an advantageous thing for you to try on.
So that would be the first thing I would do is to become more neutral. Don’t become a worthy adversary to that person. Become someone that they’re not arguing or battling with. Agree with them on some of the issues and make yourself a non adversary in their life. So that would be point number one.

Point number two is definitely having excellent digital tools at your disposal. You want to have a track record and recording of absolutely all communications that occur between the two of you.
So controlling those communication channels and having everything documented is really a good move. Try to avoid lots of verbal communication. Keep things friendly but documented and really clear as well.
Have lots of warning for everything. So if there’s calendars, put calendars in. Send the person a note and just say, just an FYI, the kid’s calendar schedule has changed a bit. They’re going to go on that thing. Let me know if there’s any issues.
Again, you’re making yourself neutral, you’re not an adversary and you’re giving the person lots of heads up and warning. Narcissists like to control the narrative. So always try to look at changes being out of everyone’s control, not like you’re making the change necessarily, and then making yourself an adversary. Because if you’re an enemy of a narcissist, it becomes a very painful place to be.
Keeping things documented, having a clear what we will call, next one parenting plan. So a parenting plan is usually part of your kind of custody arrangement. You would need to specify a parenting plan with the court, but actually implementing a parenting plan is very, you’ve got to go at a very, very deep level to have success when you’re parenting with a narcissist.
I would literally define everything.
So we have templates within our business, but we, you’ve got to think of everything, you’ve got to think of birthdays, vacations, transport to and from school.

Who pays for school uniforms? What happens with clothes every single year? Communication with each parent when the kid is in the other parent’s care. How do you do drop offs? How do you do handovers? Literally the more you can spell out at a very, very detailed level, it avoids disputes arising in future.
So a really clearly spelled out parenting plan where most of the ideas that have been come up with are seen to be ideas that were inspired by the narcissist themselves. This is a very useful approach.

I think it’s a brilliant idea. So let’s formalise that

So what I typically do is things like you mentioned before that we should do something like that. I think it’s a brilliant idea. So let’s formalise that. Narcissists also have short memories. They don’t always remember what they say. As long as you tell them whatever idea they had was a good one, they’ll probably agree with you.

Next thing is to have a clear process for how to handle disputes and diffuse them.
You don’t want to go to court every time you have an issue. So try to come up with a dispute management procedure that again goes back to the parenting plan. But I find that the better your parenting plan, the less disputes arise.
So I think the source is always, if you’re finding a lot of disputes arising, you probably have an ill or incompletely defined parenting plan. So I think go back there and redefine and clarify your plan with each other.

Next part is low expectations.
Don’t expect epic stellar parenting from your narcissistic ex. It’s just not going to happen. They’re very self involved with themselves. Seeking the next source of supply for their adulation, attention and empathy.
So it’s not, it’s not a useful pursuit to try and imagine that that person is going to be the level of parent that you are going to be. So low expectations would be a good term.

But romantic love from time to time can die

So I would explain this to your child in a very relaxed manner and just sort of explain that there’s different types of love, and sometimes you know there’s familial and love you have for your children that goes on forever and it will never change or die. But romantic love from time to time can die, and sometimes when romantic love dies, it can turn to anger.
And sometimes people say things they don’t mean and that kind of signposts for your child that if your narcicisstic ex is saying horrible things about you, not to take it too hard or too personally or too seriously.
But for you as the parent, always make sure that you never sink to that level because the child will always side with the party that they feel is the most attacked or aggrieved. So if you remain neutral and kind of outside of all of that, you put yourself in the most advantageous position.

So those are just a few tips and techniques for how to kind of co-parent with a narcissist.

If you’re stuck with a parenting plan, come and chat to us. We have some cool tools and techniques there. So I hope that helps you and let us know if you have any other questions. Cheers.
• • •
Author bio: Adele Theron is a Divorce and Relationship Author and Coach