Compromising Who You Are? Look Forward to that Midlife Crisis Divorce 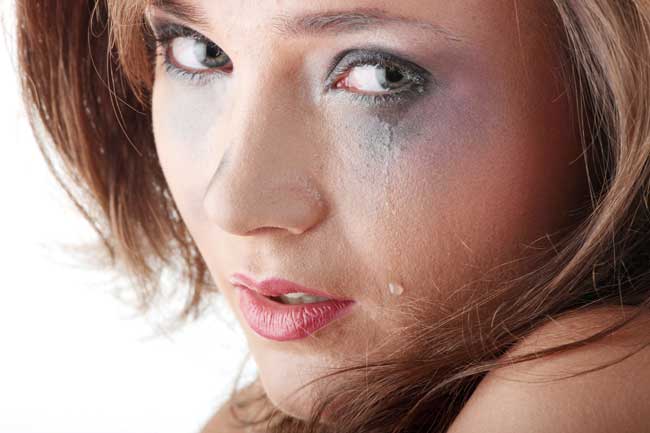 Relationships are about compromise. Right?

I mean, we hear that a hundred times a day. It’s drilled into us non-stop. If you want to make your marriage work (and avoid divorce), you have to be willing to compromise.

But what does “compromise” actually mean?

There’s a huge difference between accepting that you won’t always get your way and feeling you have to crush a piece of who you are to please your other half.

There’s a huge difference between accepting that you won’t always get your way and feeling you have to crush a piece of who you are to please your other half.

… Between letting go of the things that don’t matter and putting up with things that chip away slowly at your soul.

This is a mistake that so many couples make, and it can be fatal to a relationship in the long run. If one of you always has to be right about everything, if one of you feels like you had to settle for something that wasn’t right, if you were pressured to give up a career, a dream, a friendship group or a part of your personality (or you pressured your other half to do so) – beware.

Because that battle isn’t over. That sense of loss is still there, simmering under the surface.

But it hasn’t gone away.

And if “compromising” in your relationship makes you feel genuinely diminished, there is only so long you’ll be able to cope with this. Essentially, you’re a ticking time bomb. And your midlife crisis might be heading your way.

When we talk about midlife crises divorce, what we’re really talking about is this time bomb finally going off. A midlife crisis divorce is the inevitable outcome of a lifetime of compromising on who we are – turning parts ourselves off, brushing over things that really matter to us, saying that these things are ok when really, they’re not.

Perhaps you’ve come to just accept your partner’s rudeness or bad behaviour, even though it cuts you and slowly erodes your confidence and self-respect. Perhaps you find yourself justifying a vanilla sex life that bores you to tears as an evitable part of a long-term relationship. Perhaps your parents and your other half hate each other and you’ve never managed to resolve it, even though it brings you out in hives every time there’s a family dinner. Perhaps you act as if you’re perfectly happy to sacrifice things that matter deeply, be they career opportunities or personal passions, just to keep the peace back home.

Eventually, you’re going to crack. You’re going to make a crazy grab for your freedom or to take back control of your life or resuscitate that part of an identity you thought you’d lost forever.

Midlife crises divorce’s are the butt of many a joke. Often, we see them as superficial or pathetic in some way – an unseemly grab at a youth that’s starting to fade away. But downplaying their emotional significance is a mistake; these midlife crises are symptoms of a genuinely traumatic time in many people’s lives, a time when they are suddenly deeply aware of their own mortality and petrified that they have failed to live the life or be the person they’d hoped.

It’s an experience which is often exacerbated by years of feeling demeaned or belittled by the person you’re facing the rest of your life with – and if that person responds by dismissing your fears just as you feel most vulnerable, that reservoir of resentment can break its banks.

For many people, the fallout is enormous, leading to a reassessment of your relationship, or the dreaded midlife crisis divorce.

A midlife crisis divorce can manifest as:

These are big, painful, scary emotions, for you and your spouse. It’s no wonder that so many midlife crises lead to the breakdown of a relationship and divorce.

What’s more, a lot of people whose partners are heading for a midlife crisis don’t even realise it’s happening. Later, they say that their partner seemed to change overnight, switching from a seemingly content person to a stubborn, selfish a**hole who no longer cared about anyone else, including them.

What they don’t realise is that this unhappiness has been building for years. It’s just that their partner failed to assert their identity in meaningful ways sooner and/or they failed to realise that they were pushing them too hard to change.

The worst thing is when everyone can see divorce coming – except you.

He’s an awesome, outgoing guy that met and fell in love with a vivacious, larger-than-life woman who the thought was the one. She was desperate to have kids straightaway and even though he wasn’t ready, he went along with it. Then, once the baby was born, she started demanding more and more “compromises” – she became increasingly controlling, as well as cold and bitchy to his friends and family.

In little stages, Harry’s ended up agreeing to compromise so many little pieces of who he is, what he wants and the kind of relationship he was looking for that there’s hardly any of him left. These days, he looks like a shell of himself. Already he books himself on every work trip he can, as a chance to escape from a home life he feels trapped by and blow off steam. Each time, it becomes harder and harder to return. Each time, he’s more and more resentful of having to push himself back into that little box called “compromising your personality”. You can just tell that eventually, he’s going to snap like a twig, and I hate to imagine what ill-advised or self-destructive cry for help will constitute his personal mid-life crisis.

Because the trouble is, your midlife crisis isn’t genuinely tackling the problem; it’s superficial.

Buying a flashy car, pursuing an extra-marital affair or experimenting with drugs (or all three, if you’re Kevin Spacey’s character from American Beauty) might give you a temporary sense of reclaiming your youth, but it’s not going to help you feel at peace you are in any real way.

To do that, you need to actually reassess what’s been lost. What parts of you that have been compromised.

Did you used to have the confidence to speak your mind? Were you once spontaneous and open to trying new things? Did you always dream of being able to travel and have an adventure but somehow ended up going on the same package holiday every year? Do you resent your other half for talking down to you, for acting as if everything you say is nonsense, for refusing to recognise your needs?

These feelings and frustrations won’t evaporate now that you’re the proud owner of a Harley Davison or tattoo.

You might have a nice shiny distraction, but it’s your relationship dynamic that you need to address. Rather than escaping into a fantasy world where your partner can’t dictate your behaviour, the important thing is to start setting boundaries in the real world. Getting used to asserting yourself, calmly and rationally – and breaking out of the cycles of behaviour that see you ceding too much ground on the things that really matter to you.

Of course, if you’ve left it too late, it might not be possible to fix things with your partner. This feeling that “Enough is enough, I’ve lost too much of myself already” is a common enough reason to go through a midlife crisis divorce.

But like any midlife crisis or reassertion of independence, divorce itself is not the cure.

Once that person is out of your life, you won’t have someone to resent or blame anymore for your failure to be yourself. Suddenly, you’re exposed and vulnerable, and it’s all down to you.

You now need to find your way back to that person you were before and re-learn how to live in their skin. You need to figure out how you hold on to your principles or the things you value the most, even when someone pushes you to drop them. Otherwise, you’ll soon find yourself making the same compromises again and again – and there are only so many times you can go through a crisis and survive.

Know someone who you think might be heading for a midlife crisis divorce? Or have you been through this process with your own partner? Please share your thoughts in the comments section below!