Wala
Choosing Your Life Or Just Surviving? | The Naked Divorce
Skip to content 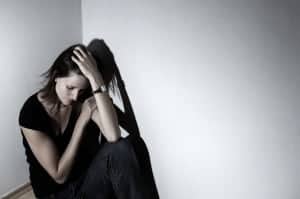 One of my clients was so traumatized by something brutal which happened in her life. She dealt with it by swallowing everything down, including alcohol, drugs and just numbing herself.

Many would say she ‘chose’ her path of destruction.

In life this word ‘choice’ always gets tossed about. Perhaps too much. How we always have a choice in everything we do. How everything we do is our choice. I believe that on one level, but I am beginning to think that true choice is something which becomes available when you’re on the higher echelons of Maslow’s hierarchy of needs.

You need to be able to think straight to truly ‘choose’

Otherwise, we’re just reacting and stumbling along. The thing about being in survival is you go back to basics and consequently have no true ‘choice’ because you’re just existing to survive. You can’t think properly and operate robotically.

Suddenly all you feel you can focus on is getting the basic needs of physiology and safety; sleep, food, sex, homeostasis, safety of body, safety of employment.

All those old stuck emotions keep you held down, unable to rise above survival mode or think beyond it. When you don’t face those emotions and work to release them permanently you’re just stuck struggling to deal with them day by day, while also trying to operate a normal life and survive.

Everything beyond that is way out of your reach, and beyond your choice to have in your life. Without releasing all those old stuck emotions, you can’t choose a different path consciously. You can’t just ‘switch’ off anger, deadness, and coping mechanisms to just be full of happiness or possibility.

Your unconscious mind is driving you blindly

Although you may consciously recognize that you’re on a self-destructive, unfulfilling path away from real healing, you don’t have the choice to get off it without taking the difficult step first to release all the crap that’s holding you there; so your unconscious mind robotically takes over, trying to get you through the day.

Without any understanding of a real strategy for release and long term healing, your unconscious mind is pushing you to deal with the pain and stuck emotions the only way it knows how – with short term escape tactics. For my client, this was drugs and alcohol, among other things.

How to release and escape the cycle

But my client has now been doing this incredible catharsis release process we designed and what is now there is pure sadness and compassion – for herself, others and her family.

She now has a choice!

A choice to take a different path and heal herself; to move beyond this kind of destructive survival mode and cycle, and towards happiness and possibility once more. She got there by taking that first bold step and facing those old stuck emotions head on, following our carefully developed release process.

Are you stuck in a similar place? We’d love to help.