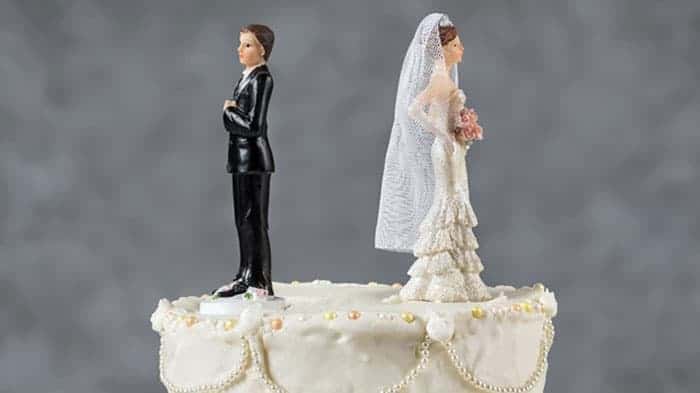 No doubt you already know these depressing statistics: nearly half of all marriages in the US and the UK end in divorce.

What you might not realise is that this number doesn’t decrease as we get older and wiser and (theoretically) better at figuring out what we want in a life partner. In fact, it goes up and up every time people try again.

In America, divorce rates for second and third marriages stand at 67% and 73% respectively.

How can this be?

Let’s just think about that for a moment. It’s scary enough to imagine that, statistically speaking, your first attempt at lifelong commitment is equally as likely to fail as it is to succeed. But for your third attempt to be three times more likely to screw up than to work out…? That people actually get dramatically worse at keeping a marriage together the more chances they have to get it right?

It’s a common and entirely natural compulsion to leave a relationship swearing to yourself that you will never, ever, fall for someone like that again. That, next time, you’ll go for someone utterly different.

And then, in your rush to prove to yourself that you won’t fall into the trap, you find yourself charging headlong into a relationship with someone that, on paper, is the polar opposite of your ex.

Now, I’ve talked before about how the main problem with this way of thinking is that, far too often, this becomes a purely superficial exercise.

That’s because the thought process tends to go something like this:

“My previous partner was a total workaholic who never had time for me and it made me miserable – so now I’m going to go for this super-carefree-seeming person who is mostly interested in having fun, and I’ll be so much happier!”

Root of the problem

But this doesn’t get to the root of the problem. It doesn’t address the communication issues or the self-defeating psychological habits and kneejerk reactions to problems and conflict that, in all likelihood, dominated the decline of your relationships.

Instead, it externalises the issue in a way that almost dooms you to fall into the same traps, time and again.

Take the example I gave above. No one really divorces someone because they work long hours and are deeply involved in or passionate about their job.

You might divorce them because you feel feel hurt, neglected or even jealous that your emotional needs seem always to be secondary to something else in your partner’s life.

Or perhaps because you hate feeling shut down or belittled when you try to make demands on your partner’s time.

Or maybe because your partner is actually pretty miserable and resentful about having to work so hard to pay the bills – and that’s translating into aggressive or unpleasant behaviour at home.

Or even the real reason your partner is pouring so much energy into their work is because there’s been a breakdown in communication between you, or there’s a fundamental lack of connection in your relationship, that neither of you have been willing to address.

In which of these cases would it help to avoid a career-focussed partner and opt for a carefree hedonist instead?

Zero, is the answer to that. Zilch.

Just because the hot party animal bartender you’ve hooked up with on the rebound bears no obvious resemblance to your investment banker ex doesn’t mean that your problems and hang-ups will magically disappear. That they’ll treat you or relate to you any differently. Or that either of you will be better equipped to handle conflicts when they inevitably arise.

You aren’t going to feel less hurt and neglected because they’ve ditched you to go on a 5am bender than you did when your ex called to say they had to stay in the office until 10pm.

You aren’t going to be any less upset when they tell you you’re being clingy, dismiss your feelings out of hand or start taking out stress and frustration on you, whatever the cause.

And you aren’t going to be any better at expressing your emotions in ways that are healthy and productive. Or preventing either one of you becoming domineering or bullying in the way you communicate.

Change or expect the same outcome

In short, unless you do the hard work of interrogating your own feelings and behaviours, figuring out where and how to draw boundaries and facing up to the ways that you, too, might have contributed to your breakup, you will not begin to heal. And until you heal, you are dooming yourself to repeat (and to accept) the self-destructive behaviour or coping mechanisms that killed your first marriage, again and again.

And each time you do, you’ll wind up feeling even more helpless. Even more confused. Even more fearful, on some level, that you are unlovable

And each time you do, you’ll wind up feeling even more helpless. Even more confused. Even more fearful, on some level, that you are unlovable.

And even more likely to start pre-emptively sabotaging your next marriage before it has even had a chance to succeed.

A quarter of married people who, if they don’t get their act together and start taking control of the situations, are 67% likely to end up going through the pain of another divorce.

Divorce is a truly traumatic event. It is psychologically devastating. It harms your physical health and wellbeing. It’s financially catastrophic. And while, when divorce is necessary, you have to find the strength to survive it, you never, ever want to put yourself through that pain for reasons that you can absolutely avoid.

No matter how left of field you think you’re being in your dating choices, there is only one person in your new relationship that you can ever be sure will behave differently this time around – and that’s you.

Focus on how you will do things differently

So focus on how you will do things differently. Instead of shifting all responsibility for making the relationship work onto your next spouse, focus on how you yourself will grow, change and adapt your behaviour.

Be honest with yourself

Work on pinpointing the specific ways you react to problems that might escalate and exacerbate them, or on the other hand, that allow them to fester unchecked. Work on recalibrating the instinctive behaviours that are hurting you and the people you love.

Focus on figuring out what you really need from someone and how you will communicate that to them.

Think about how you’ll really figure out if the next person you fall for really meets the criteria you need – and how, if they don’t, you’ll spot the danger signs and change course long before you find yourself walking down the aisle.

And then, listen to yourself. Learn from the past. Break the cycle. Give yourself a chance, this time, to really be happy.
Click Here for More Great Info